The 2019 Global Terrorism Index and other stories
Next

Season's Greetings from the GCSP 2019!

Host: Hello, my name is Claire Heffron and welcome to the Geneva Centre for Security Policy podcast on the latest issues advancing peace, security and international cooperation.

Host: As deaths from terrorism have halved in the last four years, the number of countries affected is still growing. In this episode, we spoke to the director of operations for Europe and the MENA region at the Institute for Economics and Peace, who are the producers of the 2019 Global Terrorism Index. And we met the creators of a lifesaving mobile app on demining that won this year's GCSP Prize for Innovation in Global Security.

Host: Every year at the GCSP we host the Geneva launch of the Global Terrorism Index. This year Dr Christina Schori Liang, head of terrorism and PVE at the GCSP interviewed Serge Stroobants to discuss this year's findings from the Institute of Economics and Peace

Dr Christina Schori Liang: For the first time since 2003, Iraq is not at the top of the list. It's number two. This year, it's Afghanistan, making the Taliban specifically the deadliest terrorist group in the world, accounting for 31% of deaths by terrorism in that country. Can you please share some of the factors that contribute to their ranking?

Mr Serge Stroobants: Well, we clearly see those figures for Afghanistan, almost one out of two persons killed by terrorism fell in Afghanistan by two groups, the Taliban 30% of global casualties, and also by the Khorasan chapter of Islamic State that completes these to almost 50% of all casualties falling all over the world. I think it's destabilisation in this country. That's what they are aiming for. They want to destabilise and undermine the government that is in place. We have seen elections in the past year that has, of course driven their ambition to influence but it's clear that all the factors that can lead to terrorism are still present in Afghanistan. Afghanistan is also at the lowest level on the Global Peace Index, and also on the Positive Peace Index. And so, we clearly see low levels of peacefulness, but also low investment in the creation of a more stable and peaceful society. So, I guess all those factors are leading to more violence in this country, just a potential that is present and a window of opportunity to use it.

Dr Christina Schori Liang: Another part of the report that I found interesting was around the rise of far-right extremism. My understanding for the report, this type of violence has been increasing across Europe, parts of Oceania and in North America for quite some time. Can you discuss some of the factors that account for this rise? In North America in particular does this rise in far-right extremism take into account growing number of mass shootings and gun violence related to masses of supremacists in the United States for example?

Mr Serge Stroobants: So, we saw that 19 countries have been impacted by far-right terrorism. Over the past four years, we saw an increase of 320% in the figures of casualties and the number of attacks also. So, there is a clear evolution there. And even if the figures of the amount of people who got killed, and the figures of the amount of attacks are still low compared to other forms of terrorism, I think this steep evolution is something we need to follow. What we have also seen over the past years is that more and more mass shootings are now considered being terrorist acts. We clearly see an increase in politically motivated types of violence, politically motivated types of terrorism. So, this is really disturbing. We see a clear evolution of these types of violence and we need to keep a close eye on this.

Dr Christina Schori Liang: You mentioned in your presentation that far right extremism is driven by narrative. Can you explain how this differs from political terrorism?

Mr Serge Stroobants: Well, far right terrorism is a form of political terrorism or political activism. And it can be compared to far-left terrorism. The only difference that we saw between both movements is that far left terrorism would create much more incidents but was not so effective in the amount of casualties produced than far right terrorists. And that's what we see, we see a clear evolution of the amount of politically motivated acts of terrorism also over the past years. When we say that it is related to narrative it’s because we do not see at the moment, large terrorist groups organised around the ideology of far right extremists, and therefore, it's only the narrative that is going to incite people to use violence to attain those political goals that are set for themselves by the narrative.

Dr Christina Schori Liang: There also seems to be a rise in female led suicide attacks among groups like Boko Haram in Nigeria, but also in Afghanistan. Can you speak more about this new phenomenon?

Mr Serge Stroobants: While we clearly saw that in both conflicts, the terrorist group surprised the security services by using another tactic to target, I would say that the efforts of security and intelligence services were not all female perpetrators and therefore, they have identified this as another window of opportunity to have a larger impact. So, we saw this increase in numbers and as you have said, 80% of those attacks were perpetrated by Boko Haram. The security services both in Afghanistan but especially in Nigeria, have already reacted and we have seen that the impact of this type of female terrorist perpetrating attacks has also decreased, so it's clearly another initiative taken by terrorist group that always tries to have the effect of surprise to security and intelligence services.

Dr Christina Schori Liang: What has surprised you the most about this year’s Global Terrorism Index 2019?

Serge Stroobants: Well, I would say the opposition between the decrease in the impact by 15% overall more than 50% over the past four years, linked to the spread or the phenomenon of terrorism. And we have seen that 71 countries have been affected by terrorists with at least one death. So, we see a decrease in impact but increase in the spread of the phenomenon. So, I think that's really interesting in this year's index, and the second thing is, of course, clearly Afghanistan being number one and the impact of terrorism in this country. And the third one is this emergence or the continued emergence of a phenomenon of far-right terrorism.

Host: Congratulations to the Minefields.info mobile phone app for winning this year's GCSP innovation prize, selected by an impressive panel of judges, Minefields.info beat 180 other projects to win the 10,000 Swiss francs award. Earlier we spoke to one of the creators, Ivan Martinic, also CEO and Chief Technology Officer for Bounty, a creative agency in Zagreb.

Mr Ivan Martinic: The main purpose of the application is to save a life. When someone goes to the minefields, where there is mining, the application will show him a message with sound with visuals. And so, he will not go to that danger area.

Ms Ashley Müller: Amazing it’s a very interesting application. And as you said, it saves many lives. How long has this application been running? And are there any other features that are there for the user?

Mr Ivan Martinic: There are many features and one day we make some new features. Some of the features this is when you when people accidently come into minefields, they have called for help. So, the company or services will know exactly the GPS location with he is and then

Ms Ashley Müller: They will be able to help them.

Mr Ivan Martinic: They can send the people to help them.

Mr Ivan Martinic: So the next feature in the applications, there is like a little book. So, some people in the same area can see explosive device in pictures and there are the description of the pictures. So, if he finds them in the woods or the forest, he will know not to touch them.

Mr Ivan Martinic: That’s not it

Ms Ashley Müller: And anything else?

Mr Ivan Martinic: Now we are developing some new features. That's for urban areas when people or someone take the photo or some type of device, but he don't know in his mine if it is dangerous or not dangerous, then our servers, we have a lot of database, we will check in database that image if that is the explosive device or not and give back the information of the device. Also it contacts the demining services so they can go out and they exactly know what is the device and one other thing within the application the server will alter the text if they find a lot of subjects in some close area and that close area is not verified like a minefield on the application, they will auto say that area is dangerous.

Ms Ashley Müller: Okay interesting, so it will alert all the other users as well

Mr Ivan Martinic: Because this is in the now in urban areas we are seeing worse than ATC. They have the map of the minefield when the war is over. But we want to make when the war is still is going on so we can prevent civilian population to go into mine fields.

Mr Ivan Martinic: So, the application will itself find the, it will calculate and find where are the dangerous areas so the people will not go there

Ms Ashley Müller: And that protects many lives.

Ms Ashley Müller: And you are working right now in Colombia and in Croatia

Mr Ivan Martinic: Croatia has been in full service for about one year. And it's a very good thing in Croatia, it’s very successful, we now go in Colombia in Colombia’s the problem is they don't have digital, they don't have maps in digital shapes of minefields, because the war is closely over, closely finished

Ms Ashley Müller: Yes, the war is just finished so thy will need to update the...

Mr Ivan Martinic: But we some data in digital shape so we can really figure out something that will help people

Ms Ashley Müller:  And you hope to expand to more countries? Will there be some more?

Mr Ivan Martinic We will share it with five other countries within this, we will put that come to this in the application.

Ms Ashley Müller: And you have just won 10,000 Swiss francs, that’s quite a lot of money to help develop your project. What are you going to do with that money do you think?

Ms Ashley Müller: Yeah, in the grand scheme of it

Mr Ivan Martinic: We spent more money than that for just the developing the applications.

Ms Ashley Müller: Will it help you get to the next level?

Mr Ivan Martinic: Help us, of course, we will put that money for developing the application just what I discussed before. For the new features in applications, we will make that happen.

Host: Well, that's all for today's podcast for the GCSP. Thanks for listening and thank you to Serge Stroobants for joining us along with Ivan Martinic. Join us again next week to hear all the latest insights on international peace and security. Make sure you subscribe to the podcast on iTunes. Until then, bye for now. 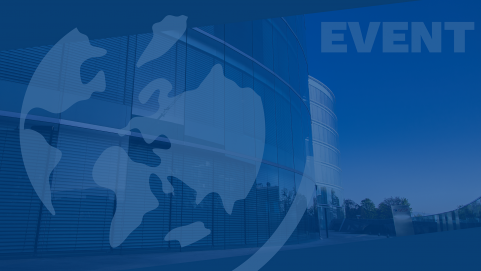 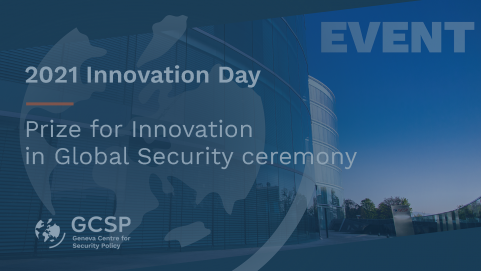 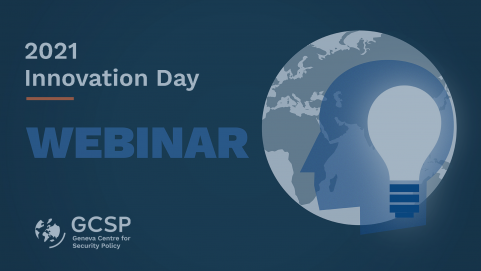