GCSP Community United in the Balkans

The GCSP Alumni and Community Hub in Belgrade

GCSP Community United in the Balkans

What Is Happening in the GCSP Alumni Hub in Serbia?

The GCSP Alumni and Community Hub in Belgrade is living proof of the global reach of the GCSP network. The active engagement of members from Egypt, Switzerland and Serbia help the dialogue platform inaugurated four years ago to achieve its aim of enhancing cooperation locally and promoting GCSP values and goals.

As an expression of support for the Serbia Alumni and Community Hub, distinguished alumnus H.E. Amr Aljowaily, Ambassador of Egypt to Serbia, hosted the hub’s inaugural ceremony at his residence. H.E. Philippe Guex, Ambassador of Switzerland to Serbia, Ms Isabelle Gillet, Head of the GCSP’s Community Engagement Office, and numerous GCSP alumni based in Serbia attended the inauguration, as well as the hub’s driving force and lead, Ms Minja Jovanovic. At the reception, Ambassador Aljowaily highlighted the importance of diplomats – whether practitioners or trainees – pursuing international peace and security studies if diplomacy were to achieve its prime goal of bringing states and societies closer together. He added that GCSP Alumni Hubs help to maintain contacts among scholars and practitioners of diplomacy who share the common base of cognitive knowledge that is needed to enable constructive interstate exchange and promote global peace and stability. “The need to fully utilise such networks of alumni and communities of practice is becoming increasingly apparent in today’s turbulent world”, he highlighted.

Prior to moving to Belgrade, Ambassador Aljowaily was already part of the GCSP Alumni and Community Hub in Cairo. He had recently been posted to Ethiopia, where he undertook the challenging role of acting as Strategic Advisor to the Deputy Chairperson of the African Union (AU) Commission. In Addis Ababa the GCSP Alumni and Community Hub aims to reconnect in preparation for the planned visits of GCSP representatives to the AU headquarters.

In 2020 GCSP alumnus Urs Schmid was appointed Ambassador of Switzerland to the Republic of Serbia and to Montenegro. Welcoming members of the Serbian GCSP Alumni Community to his residence in 2020, he encouraged Serbian alumni to be part of the Global Alumni Networking Night.

“For any Swiss diplomat abroad, to link up with GCSP Alumni is

an important instrument, and I am glad that the GCSP places

an emphasis on keeping the spirit of the community alive.”

Ambassador Schmid discussed the importance of his links to the GCSP and its global community:

“When I left Kazakhstan to start my duties as Swiss Ambassador in Belgrade in October 2020, I did as I am accustomed to do with each new posting. I tried to reconnect with other GCSP Alumni in the new country of residence.”

“The ITC course which I attended in 1992-1993 had an important impact on my career. My first 12 years in diplomacy were in the field of security and this was a direct consequence of the course. I first joined the disarmament section in Bern and became a specialist in chemical weapons, followed by an assignment to The Hague, where I represented Switzerland in the political organs of the OPCW. Back in Bern I dealt with the military dimension of the OSCE and the NATO Partnership for Peace. Later on, my first appointment as ambassador was as the permanent representative of Switzerland to the Conference on Disarmament in Geneva in 2012. For four years in Geneva part of my responsibilities was to be a member of the GCSP’s Foundation Council, where I was the treasurer. It was a very gratifying return to the GCSP.”

The new Swiss Ambassador arrived in Serbia during one of the COVID-19 waves, which adversely affected diplomatic life, but he was soon able to invite some of the more active GCSP Alumni to the Swiss ambassador’s official residence.

“In Belgrade I found an established and active Alumni Hub, coordinated by Serbian alumna Ms Minja Jovanovic. Swiss Defence Attaché Colonel (GS) Urs Amiet, my colleague at the Embassy and former member of the GCSP’s academic staff, also helped to build up the hub. I have found that the GCSP community is widespread and there is no capital in the world where you cannot find GCSP Alumni.”

He sees Serbia as a very interesting destination for a Swiss ambassador:

“The relationship between the two countries is intense, given the fact that there is a huge Serbian diaspora living in Switzerland. About 60,000 Serbian citizens are living in Switzerland and nearly 3,000 persons with dual nationality live in Serbia. This diaspora has, of course, a positive impact also on the development of economic relations between the two countries. Many Swiss entrepreneurs of Serbian origin are active in Serbia. Economic relations are well established; Switzerland is among the most important foreign investors in Serbia and Swiss companies in Serbia employ approximately 12’000 people.”

“Another important aspect of the two countries’ bilateral relations is the Swiss-Serbian cooperation programme. We are currently celebrating 30 years of collaboration with Serbia, which started in 1991. It was a very difficult time for the country, and Switzerland was providing humanitarian aid and assisting the needs of displaced persons and refugees. Over the years, this humanitarian assistance developed into a very broad development programme: we are now one of the largest, bilateral aid donors in Serbia.” 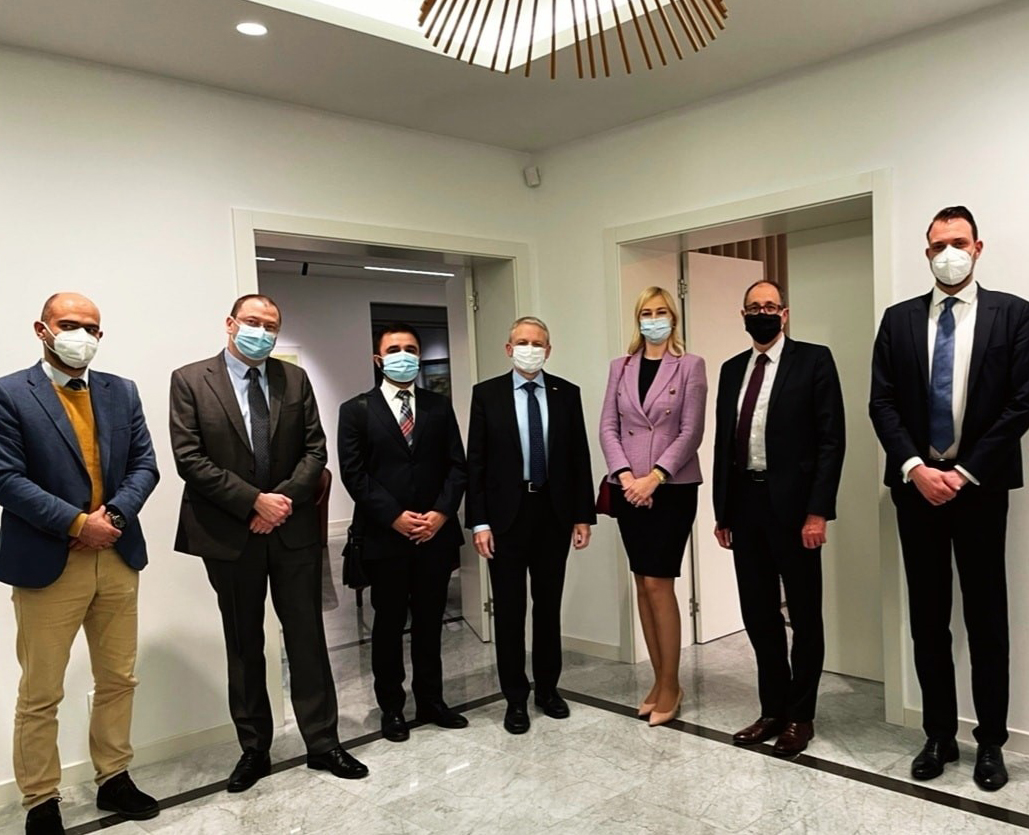