Skip to main content
Navigation
My GCSP
Security and Law, 25 Years of Peace and Security
Back to Digital Hub 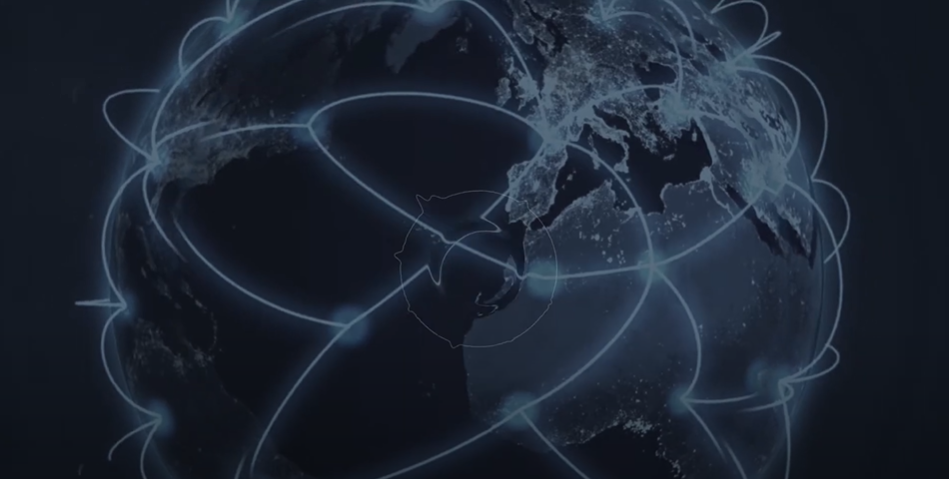 Towards evidence-based arms control and disarmament

Security and Law: A Reality Check

Ms Ashley Müller: Hi and thanks for tuning in again, I am Ashley Müller with the GCSP and welcome to episode 3, the final episode of this mini-series on Responsibility to Protect Revisited. In this episode, Tobias and Gareth explore strategies for prevention, a plea for mitigation and an optimistic call to action in R2P.

Mr Tobias Vestner: You mentioned military preparedness before, but you also said that you know, like R2P is mainly a preventive instrument and a preventive concept with the norms, etc. The question then would be well, can you link one thing, like use a force together with the prevention, and that in general, in security studies, you talk about deterrence, like, in a sense, is there a way of linking both together in the sense of saying, okay, you could say, if you're going to do this, and that we are going to react and and therefore actually threaten to react and threaten to harm and that therefore, actually, although military force or use of force is a reactive tool, actually have a preventive effect? Number one, is that something that you were thinking about? Number two, is this even feasible? Because what that would require is that the threat is pretty credible, that the leader does not commit mass atrocities, because the leader is afraid of the reaction. Is that something that was debated? Is that something that is realistic? Or is that something that even goes so down the cynical road of using force for humanitarian purposes that that is just not, it shouldn't be thought about?

Professor Honourable Gareth Evans: Well, of course, it's the case that if someone about to embark on a atrocity course, fears the risk of military retaliation that is bound to concentrate that person's mind pretty comprehensively, but that's so many steps away from what one can be sure you'll be able to deliver. Given all the hurdles, you've got to overcome the criteria, that you've got to satisfy both legality and legitimacy. I think, you know, the notion that this would have any immediate deterrence impact is a pretty long boded stretch. That said, if we do better at creating the kind of rapid reaction forces, credible response forces that have been talked about endlessly, and we've talked about in a UN Volunteer Force for decades, but that's, frankly, never going to get off the ground, but it's the the NATO Response Force, the NRF men can be thought of as an available resource, ready, and willing and able to be mobilised very quickly to deal with these situations, if all the other things fall into place. The other criteria fall into place if the EU Battlegroups concept ever gets off the ground in any credible militarily deliverable fashion, so that you do have multilateral, uniform personnel available, and trained and ready and battle ready to go in the situation should they be called upon, then, of course, that might make a little bit more credible, it would at least, you know, satisfy the third basket of practical deliverability of that response. Whether you'd get the Security Council buy in to give you a legal cover for it or whether you'd have so much legitimacy satisfaction with the moral criteria in the middle that you'd be prepared to go ahead anyway, without that legal criterion be satisfied, all these are things that you would have to be satisfied before you could make that connection. Of course, I mean, the same sort of argument applies with respect to International Criminal Court prosecutions, you not only want to have an effective ICC system, because you hate to see people getting away with stuff. And, you know, the notion of impunity is pretty horrible to have to live with. Of course, it's also the case that if the ICC system was functioning properly, and people were brought to trial and convicted, with a reasonable prospect of being apprehended, and having to serve their punishment, that would be a pretty systematic and serious deterrent for such things in the future. So it is important to build in deterrent capability we you can, but when we talk about prevention, I think, overwhelmingly the focus is on other mechanisms, other strategies it's trying to deal with the root causes of these situations, it’s trying to put together you know, whether it's legal and constitutional strategies to give better rights protection from minorities, or whether it's economic strategies to get rid of economic grievance of the kind that can generate hostility, which results in group- and ethnicity- directed but basically economically driven hostility. I mean, there's all sorts of ways in which you can do things, things aimed at better governance. All of these things are a part of the preventive toolbox and imminently worth doing both in the long term sense and in the short term sense. And, you know, endlessly worth putting more resources into but if you can put a bit of icing on the cake with some deterrent capability of the kind we've been talking about then, so much the better.

The big remaining question, let me just address it. Finally, before we move on, is that what do you do in those situations? I'm asked this over and over again, where the criteria of legitimacy are manifestly satisfied. But for whatever reason, cynical, opportunistic, indefensible, that might be, you cannot get a Security Council resolution passed, because one of the big powers is exercising a veto, Russia or China or whatever. What do you do in those situations? Do you just accept that and say, well, under no circumstances can military force be contemplated because that legality criterion hasn't been satisfied? Was there some other way through it? We all want to think that some sort of way through it when we confront these incredibly indefensible vetoes. And the Kosovo case in 1999, I think is the one that sticks in most people's memory as a pretty, I mean, still one or two people take a different view. But basically, people say this is the classic case of every criterion of legitimacy being satisfied, but the criterion of legality wasn't. Nonetheless, the US, UK, France went in and did their stuff in Kosovo and serious, genocidal massacres were arguably averted as a result. Was that an indefensible thing to do? None of us really want to say it is but how do you intellectually deal with that dilemma? It's very, very real. We struggled with a way to handle it in our report, and I'm not sure that we quite got it right. What I found talking about this and thinking about this, in subsequent years, is the best way of answering this is I think, by reference to the the Domestic Law Principle, certainly in Common Law jurisdictions, I think it's equally applicable and Roman Law jurisdictions and others around the world, the idea of the plea and mitigation, the idea of the plea in mitigation, you don't contest, that what you did was illegal, technically. But you throw yourself on the mercy of the judicial authority by saying it was so morally defensible, in all the circumstances, that I have not to be actually punished or not punished with any degree of severity. Yes,Officer, I did run the red light, like knowledge, I ran the red light, I was in breach of the law. But I had to get my wife to the hospital, she's giving birth to a baby in the backseat. You know, that sort of case, a plea in mitigation, utterly familiar, utterly morally familiar, I think to all of us, and provided you don't overdo it, and provide you don't make that plea in mitigation every second week. For some cases, everything's an exception. I think you can live with the reality that from time to time, there are going to be cases and maybe the Douma, the response to the chlorine, even though it was thought to be sarine, it wasn't sarine, it was actually chlorine. And maybe that wasn't done. It was a defensible response. I think in terms of the criteria of legitimacy, even though there was no legal foundation for it, like Kosovo was certainly legitimate. But you've got to think long and hard before ever going down that particular path. But that's the way I sort of trying to navigate my way through that dilemma. But don't let's pretend that it's not a dilemma. It's a very, very real one.

Would you really prefer that we had nothing at all? Look, I completely accept that there's an awful lot of cynicism out there. There's an awful lot of nonperformance out, there's an awful lot of utter disappointment, in terms of effective implementation all the ways we've mentioned. But are we worse off for having a degree of international consensus now, in the way that we had zero consensus, in the 1990s, we had the North very obsessed about humanitarian intervention, but never prepared very often to do anything about actually delivering on it, we had the global South, utterly resistant to the whole idea of the right to intervene, we've now at least got that conceptually, together, we've got an acceptance of the basic principle that it is actually everybody's business, we've got an acceptance of the necessity for, you know, institutional steps to be taken. We've got a lot of effective action taken on the preventive side, which doesn't ever get acknowledged. And we've got the failures, yes, on the reactive side. But are we worse off as a result? I mean, you really, really have to work hard to argue that, I think, and what you got to do when you're confronted with this sort of disappointment, you know, there's two kinds of people in the world, optimists and pessimists. There's pessimists, who say the world's a crappy place, people are always going to be motivated by selfishness, by greed, by ambition, or by idiocy. And there's nothing we're ever going to be able really to do about it. We just have to accept that reality. Or there's optimists who say the world is a shitty place, and things keep on going wrong. But that just means we've got to recognise that we've got to work that much harder. If we are going to get decency standards, common humanity standards, cooperative strategies effectively put into place and look, if you approach life as a complete pessimist, you just don't get out of bed in the morning. At least if you're sort of optimistic and do put the rosy spectacles on occasionally and say with a little bit more effort and attention and we can make this actually work, wheels do turn, things do change, because otherwise just that, that, that that sense of uselessness of everything is exactly the kind of thing that means that you know will will never make the world remotely a better place.

Ms Ashley Müller: That's all we have now for this mini-series. Thank you for listening. Thank you to Mr Tobias Vestner and Professor Honourable Gareth Evans for this important conversation on Responsibility to Protect Revisited. Keep this playlist rolling and listen to our other episodes, part of the GCSP’s special 25th anniversary podcast series. In the meantime, don’t forget to subscribe to us on Apple iTunes, follow us on Spotify and SoundCloud. Click the next button to get the next episode!

Listen to more of our #25yearsGCSP podcast series! 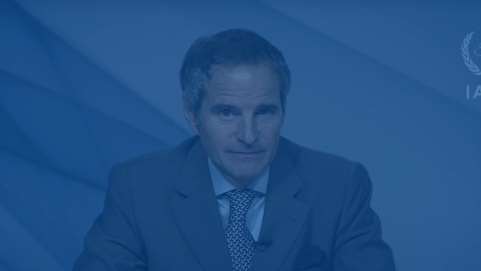 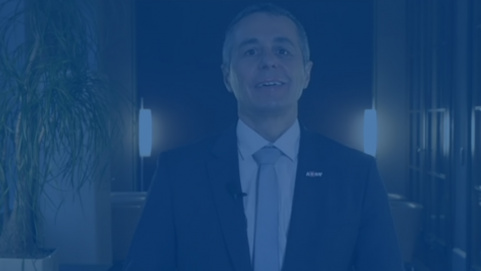 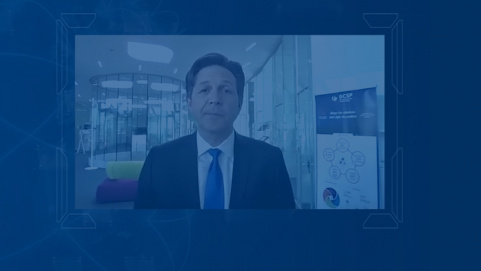