Skip to main content
Navigation
My GCSP
Effective Governance
Back to Digital Hub
Sanctions Against Belarus - What Effects Should We Expect?
Next

Security and Law Webinar: Human Shields - A History of People in the Line of Fire

While the world is still suffering from the COVID-19 pandemic, one could see the raise in protest movements around the globe. The protests in Belarus against the results of the presidential elections mobilized large numbers of people, triggering a tough response from the police forces. The West is calling for the imposition of sanctions on the political leadership, including Alexander Lukashenko, however the efficiency of sanctions has always raised many issues. At the same time, Germany, France and Italy refuse to proclaim Lukashenko persona non-grata to keep the doors open for a dialogue.

The GCSP together with the MGIMO University are jointly organising a webinar, which will discuss the implications of international sanctions from different perspectives. The webinar is free and conducted in English. It will start at 16:30, Geneva time (UTC+2)

Introduced the following objectives of this webinar: to analyse the effectiveness of sanctions, the history of sanctions against Belarus, and the regional interconnections of these sanctions and their implications.

She stressed in her introduction that the webinar was aimed at looking at the different perspectives on sanctions, the perspective of International Relations, the domestic and the economic perspective. While sanctions have been analysed in much detail on a global and a national level, the view on a regional level is missing in the analysis of sanctions, as well as the citizens’ perspective deserves more attention. What is more, the specificities of non-Western economic and political systems should be taken into account when analysing sanction mechanisms.

Assessing the effectiveness also means to understand the rationale behind the sanctions. There are three rationales: 1) change of behaviour; 2) constrain the target from acting in a certain way, and 3) sending a normative signal. Overall, sanctions have an efficiency rate of 20%, but there exists variation among the three types. Change of behaviour shows to be effective in 10% of the cases, constraint in 25% and signal sending in 30% of the cases.

The EU sanctions serve clearly the purpose of signalling and are linked to the identity of the EU by promoting and supporting free elections and human rights.

He also stressed that the purpose of sanctions varied among the UN, EU, AU, and the US.

Evaluating the 20-year history of European sanctions against Belarus shows that sanctions failed to deliver a change in behaviour or constraining the political leadership in Belarus. On the contrary, imposed sanctions could be used inside the political system as a rationale for more repression. It was only after a light normalisation in relations with the West that a liberalisation happened. Further, sanctions didn’t help in the process of freeing political prisoners.

He stressed that only when there was a need to normalise relations with countries imposing sanctions that there was a change of behaviour. International support for the targeted country/system hinders the effectiveness of sanctions, additionally, a management system for sanctions is needed in order to lay out and implement the steps for normalization with the targeted system.

This having said the intended EU sanctions are unlikely to succeed under today’s circumstances.

She mapped out the transmission mechanism of targeted sanctions and focused on rising uncertainty and the new phenomenon of “sanctions bubbles”, stimulated by secondary sanctions. She stressed, that the rising gap between the company’s real operational activity and the sanction risks, associated with its participation in various value-added chains creates a sanction spiral. Additionally, this leads to a growing sanction expectation where economic actors become more risk-averse due to the expected impact of these sanctions. This indirect effect can even be seen on both regional and global levels. 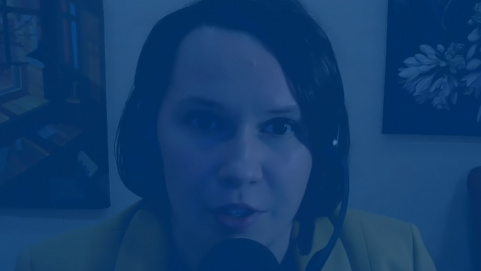