Nuclear risk-reduction and disarmament: Is it time for no-first-use policies in the USA and globally?

This webinar will explore whether such policies reduce the risk of a nuclear war and pave the way for multilateral nuclear disarmament, how such policies can be operationalised, what new initiatives are advancing such policies, and political forces and security arguments supporting or preventing their adoption.

Please note that another session of this webinar is organised by our partner for the Asia/Pacifique region. 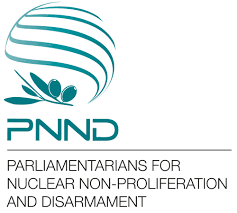