For 20 years the New Issues in Security Course has been addressing what is new in international security.

Each year, around 20 participants from around the world form a group in Geneva and interact with experts from different professional settings to discuss how best to address international security policy issues and how these approaches may evolve in the future

This year is the 20th anniversary of the New Issues in Security Couse (NISC) and thus it is an opportunity to look back at the founding of the course, celebrate its 20-years existence by reaching out to all NISC alumni, and to look ahead at what the emerging issues in security are with a workshop during the 20th NISC.

In 1999, the GCSP decided to start a third advanced long course in addition to the International Training Course (now the Leadership in International Security Course ­­– LISC) and the European Training Course (now the European Security Course – ESC) to focus on the changing face of security. Overseen by Roland Dannreuther, then a GCSP faculty member and the first NISC director, and supported by GCSP Foundation Council members – in particular those from Central and Eastern Europe – the NISC recognised the changing nature of international security dynamics. This included a move away from a strictly state-based, military-focused outlook to one that included a broader set of actors and issues. In the post-Cold War era, the global implications of security increased and our understanding of the drivers of conflict expanded to include factors related to the environment, technology and social inequalities. As the notion of human security took even greater prominence in government policy spheres in the early 2000s, this concept became central to the course.

Over the last 20 years, the course has evolved to include new topics while other topics have remained.  An analysis of the curriculum shows that the state- and human- security themes have remained central alongside topics such as the environment, terrorism and migration. Recently, the focus on climate change and emerging technologies has grown in prominence. The course has also returned its focus to states and the multilateral system’s dysfunction when it comes to managing new issues. 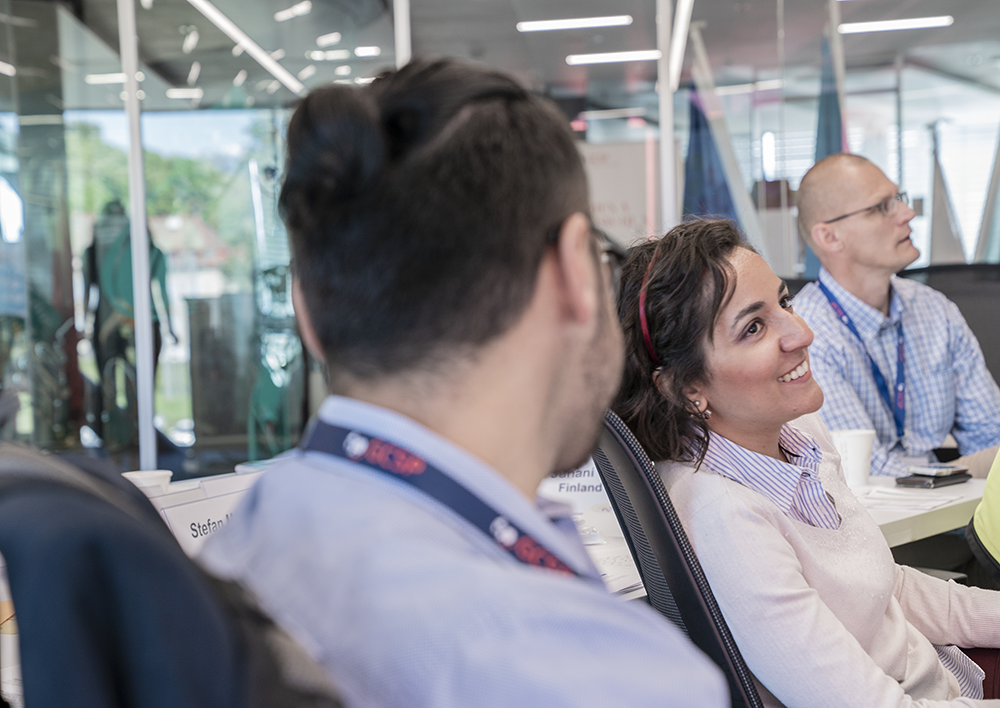 Another aspect of change in the course is related to its participants. The NISC participant group has grown increasingly global over the years, thus enriching all the discussions held on these topics, and has led the way at the GCSP in terms of diversity. In the early years of the course, participants attended from Europe and North Africa, gradually extending to Asia and West Africa (in 2005) and Latin America (in 2009). Reflecting the variety of actors discussing international security, the diversity of NISC participants also has included a wider range of government ministries (foreign affairs, defence, interior, the environment, health, justice etc.) and other organisations (MSF, various UN departments and agencies, NGOs). Lastly, the methodology to deliver the NISC continues to evolve as more time for interaction between participants is introduced, a balance between the knowledge elements and skill-development is sought, and technology is used to enhance the learning experience.

As a part of the reflections on the 20th anniversary of the NISC, a survey was conducted of all NISC alumni on emerging issues. The results of this anonymous survey provided a glimpse into the challenges and opportunities being faced by alumni with regards to international security around the world. We received 64 replies to this survey, with a good distribution across the 20 years of the course. For the respondents, issues dominating their current agendas related to terrorism, cyber security, conflict management and environmental security. What was interesting in the response to the question of “what are the top three issues in international security for you today”, firstly, that it was difficult for participants to identify three separate issues but they drew connections to other issues (terrorism and … technology or the environment) and, secondly, it was often less about the issue itself than their difficulty to respond adequately (related to weaknesses in governance structures or application of international law). 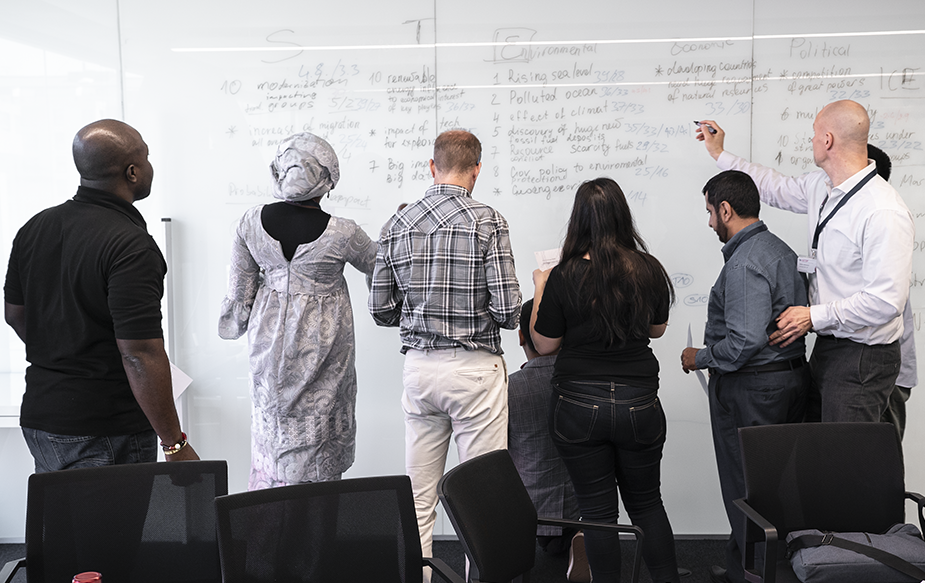 The emerging issues that currently impact NISC alumni in their jobs relate to disinformation, global health, environmental security and are development-related (poverty, education, economic). The challenges that exist to address them relate overwhelmingly to the complexity of interconnections (almost 50%), to the speed of change (20%), and to the range of actors (16%). The difficulties in the multilateral sphere, related to a challenging environment for international cooperation, returned as a theme in the answers to this question with the absence of trust being singled out as a challenge to finding an adequate response to new issues.

At the end of June to mark the 20th anniversary and as a culmination to the 20th NISC edition, the participants of the 20th NISC, four of the former and current NISC directors, GCSP staff and fellows addressing emerging issues, and local alumni gathered at the GCSP for a workshop to discuss emerging issues in international security.

The workshop took place under the Chatham House Rule. The programme was designed to address different aspects of emerging issues surrounding the impact of technologies, human security themes (related to environmental and health challenges, in particular) and re-emerging issues – those long-standing issues that have taken on new dimensions. Participants were challenged at the workshop to ensure that they were addressing an issue as it may evolve over the next three to five years, how it interacts with issues outside of its immediate domain, and to look at the opportunities it offers as well as the challenges it raises. The workshop consisted of three main sessions:

Exploring where the international security landscape of today is headed is not an easy exercise; there is much uncertainty about the issues faced and on how they will evolve and interact with each other, but equally there is concern about the global community’s ability to respond in time and as cooperatively and effectively as required. However, if the collaboration and mutual understanding that takes place each year in the NISC and other GCSP courses provides any indication, then we are in good hands thanks to the efforts and commitment of all our alumni working in the international peace and security sphere.

What is the most overlooked issue in international security for your today and how can it be best addressed?
Apply now